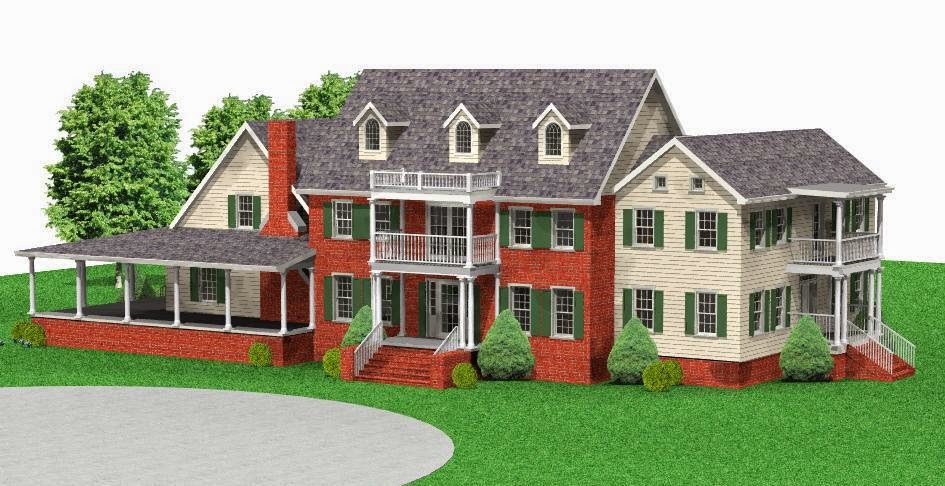 An Addition That’s More Than the Sum of Its Parts

The owners of this project run a large farm in upper Dorchester County, growing grains and pumpkins.  The property featured the original 19th century farm house that was in pretty rough shape, and a modular Cape Cod that the family was living in.

The owners had bigger ideas, though.  The approach to the house is a splendid long driveway, with a commanding view of the property.  They wanted to put an addition on that would connect the two existing houses, and in the end, become the main part of the residence, both in terms of living space and appearance.

The 19th century house was relocated to a position opposite the Cape, creating a large space between them.  We were called in to develop a set of plans that tied everything together to create a large Georgian style estate house. 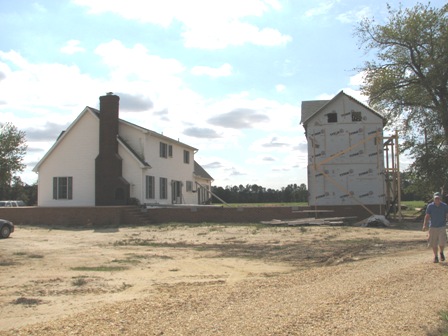 There were numerous challenges.  The Cape was a fairly straight-forward contemporary house, with a shed dormer across the back and the typical steep pitch roof.  The farm house was a simple two story affair, with a center entrance and three bays, which now faced to the side.  Our first challenge was to design a roof system that not only appealed to the eye, but worked to avoid potential water traps, debris collectors and the leaks that can result from both.

Once we worked that out, we developed the design for the exterior.  To gain the full effect of that long driveway approach, the family wanted a grand brick façade, with a two-level columned portico, and colonial style dormers on the roof.  While the two existing parts couldn’t be more different, the central addition was laid out with Georgian symmetry, centered on the portico.

To bring the three buildings into a coherent aesthetic, we specified matching sidings for the two flanking houses.  The large chimney on the front facing side of the Cape was stained to more closely match the new brick of the addition, and the wrap around porch of the cape was finished with similar railings to the portico on front, as well as the new portico added to the side of the old house. 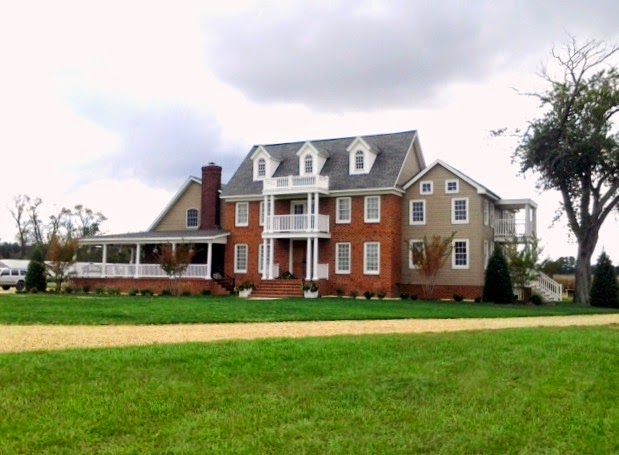 Inside, the owners wanted a Great Room that extended up two-stories at the rear of the addition, with large floor to ceiling windows flanking an impressive fireplace.  This would open up to a large patio area nested between the two existing houses.  The new addition would house a few guest bedrooms that opened to a balcony that looks down on the Great Room, and also has views across the farm fields through the large windows.

These features combined to give the front of the completed project a very dramatic and formal look, while the rear of the home, where the family spends most of their time, is contemporary and very comfortable. 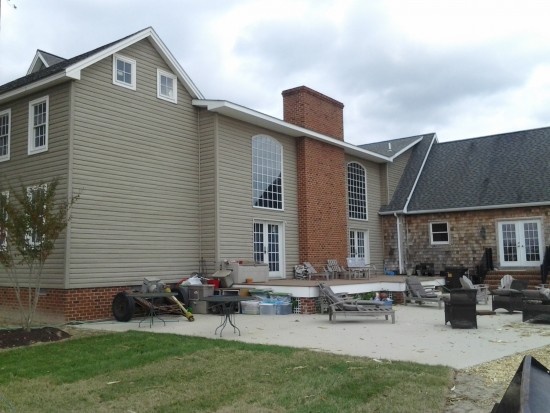